Yesterday I did volunteer photography work for Karuna, an NGO that does good work. Their work yesterday, at the main train station in Berlin, was to match the waves of war refugees arriving by train from Ukraine with private lodging that Berliners offered. It was boisterous and beautiful.

With an amplified megaphone you’d hear, for example, „A single male student needs lodging for one night. Speaks English and Urdu.“ Or another, „Family of four with a small dog. They speak Russian and Ukrainian.“ And on and on. I witnessed people taking up to eight refugees into their home.

Some held signs that said they had lodging for up to six weeks. One man who owns a small hotel took in a group of 17 students from around the world. They had been studying in Ukraine. Seventeen!

When a match was made the crowd would clap and cheer. Then the hosts and guests would leave the train station for the refuge of a private home.

A few times a call would go out for donations to a taxi fund to help refugees get to their lodging. Hands would immediately raise. Some held one and two euro coins; others five and ten euro notes.

I witnessed rich acts of generosity, empathy, and love yesterday. All in response to the ever-terrifying acts of a mad man.

A family with their Berlin host. Hauptbahnhof, Berlin. 3 March 2022. kollarfoto.com 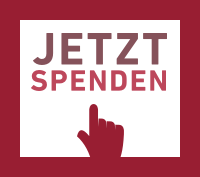